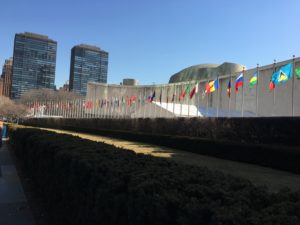 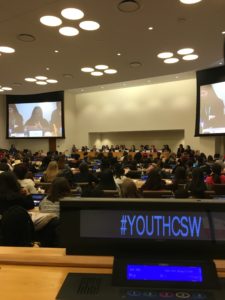 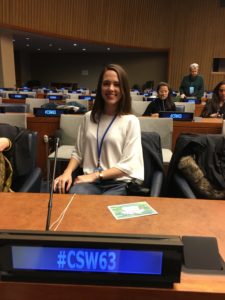 Just prior to the opening of the United National General Assembly this year, I was fortunate enough to be at the UN to represent the small but powerful global family of Child Family Health International (CFHI).  Recently CFHI was granted Special Consultative Status with the Economic and Social Council of the United Nations (ECOSOC).  This is a great honor that speaks to our unique collection of dedicated professionals and students who truly work at the grassroots level to improve the health of the world community.

As the Executive Director of CFHI, it was indeed a high honor for me to represent our organization and I came prepared to explain our work and our efforts in Bolivia, Ecuador, India, Mexico, and South Africa. To my great surprise, I did not have to do any of that.  I found the staff at the NGO Section of ECOSOC  wonderfully welcoming and accommodating, and also found they had done their homework and already were quite aware of CFHI and our work.  They had read the documents we had sent more than a year earlier in the process of being granted consultative status and they also brushed-up by reading our website prior to my arrival.

What with the UN being such a huge organization, I expected everything to be very bureaucratic and fairly impersonal.  Sure it is a big place and with the leaders of the world, about to arrive, there was quite a bit of bustle all about, so it was a surprise to find such personalized service and attention.  My meetings with the Deputy Chief of the NGO Section and the Program Officer were cordial and productive.

I learned that there are about 3,200 NGOs around the world that have been granted consultative status.  Many are more associated with a cause while they see CFHI as a more “practical” organization.  The grassroots nature of our work is appealing to them as well as the diversity of our global family along with the close, long term relationships with CFHI partners who are at the front lines of the delivery of healthcare in so many places.  To a large extent, we have our finger on the pulse of global health at the grassroots level and so we have much to share, especially the CFHI model of empowering local communities.  Of those more than 3,000 organizations, only about 800 are really active.  Work is going on to improve the website of the NGO section and the hope is that there will be much more online functionality to allow for sharing and collaboration. 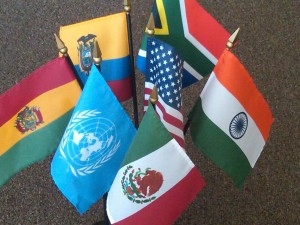 Flags of the CFHI Global Family now including the United Nations

One official told me, “The international community has looked at your organization from top to bottom and the feeling is that it is a good organization and has a model that is important. We actually hope that it can be replicated in areas of health yes, but also in other areas.” So as we add the UN flag to the flags of nations comprising the CFHI Global Family, we do so with great honor and great pride, and with responsibility for the role that we have assumed through this honor.